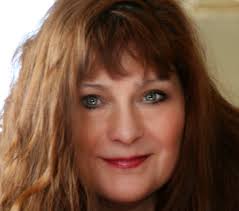 Who Saves The Warrior

Discarded and homeless
No shelter, no bread
Who saves the warrior
When his spirit is dead

Raul had been traveling for over two years, exploring other cultures and lands. He thrived on the adventure, always looking forward to what the next day might bring. But the same things that brought Raul such great pleasure also filled him with overwhelming guilt. Raul was heir to the throne of the Kingdom of Wetpr. His father was getting older and Raul knew soon he would have to return home and assume his responsibilities.

Raul loved his homeland but his heart yearned for another life. One in which he could be free to make choices for himself without having to be responsible for the lives of hundreds of thousands of other people. Instead of being grateful for the power and fame of his position in life; Raul sometimes felt a prisoner to his fate.

Raul’s mother, Queen Renya, wrote to him often; keeping Raul informed on all the business and gossip at home. Renya warned Raul that the Hutas were attacking and destroying villages in many kingdoms. The Hutas had always been a hated and feared race but the destruction of the monastery at Avaide brought them new notoriety. The terror that the Hutas created in the hearts of many people was now turning to a defiance because of the brutal murders of the priests. Victims were now turning into enemies of the Hutas and the enemies were uniting.

Raul’s mother was a loving woman and understanding of his heart’s desires; although Renya reminded Raul in every letter that he could not change his destiny and that his kingdom needed him. Raul’s father, King Sudfad was a loved and respected ruler as well as being a mighty warrior. But Raul’s absence brought Sudfad such pain that it affected his life and his health. With every letter he received, Raul knew he would have to return home soon 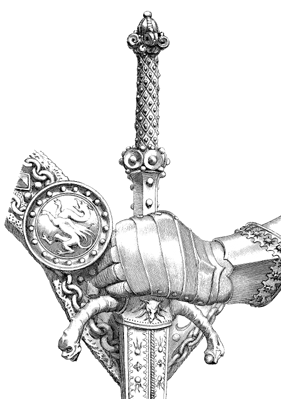 Introduction to the World of Nunc

The Warrior Series takes place in the mythological World of Nunc. The Latin translation of Nunc is ‘now’. I choose that name because the characters deal with the same life choices and experiences as we do. The continents of this world are divided into kingdoms. The power of these kingdoms reside with the thrones and the churches, although politicians and businessmen are trying to claw their way into this arena.

As with every civilization there are periods of time when darkness seems to take control, the Warrior Series starts in such a period for the World of Nunc. An ancient prophecy foretells of a time of great darkness when Seven Sons stand against the forces of evil. In this prophesy the word ‘sons’ is left for interpretation. The people are not named or described in the prophecy but their deeds and losses are. For centuries members of the criminal worlds and dark worlds have been studying this prophesy so they can identify and destroy the ‘sons’ before the prophecy can be fulfilled. The ‘sons’ themselves have no idea of their destinies; destines which some of them do not want to realize.

Angels and demons play allegorical figures in these stories of mystery, adventure and romance. The reader is taken to worlds of reality as well as worlds ruled by magics. The warriors are fighters although not all of them fit the stereotypes of heroes. Ultimately the stories are about choices and their consequences.

Currently there are ten published books to this series. I have four manuscripts that are in various stages of editing and I am writing book fifteen. Originally I could not foresee this many books in the series but the characters keep talking to me and the stories keep coming. I hope you enjoy them.

FIRST THINGS FIRST Simply put I am here because I love books... I am extremely passionate about stories especially those steeped in mythical folklore, ancient myths, and legends and suffused with the magic of unique realms and supernatural worlds. I believe there is an alternate universe where magic, mysticism, and wonder still exist, a world where no reality is impossible. Discovering ourselves is an ongoing journey. From reading the next logical step was writing. I am the author of ‘The Breach’, an upcoming supernatural fantasy.For when I write about these worlds I become a part of them and learn more about myself each day. A PEEK INTO MY SOUL I am a realist but at the same time also a dreamer. To me, reading is a window into the hearts of others . Writing is the window to my imagination drawing from my glimpses of the world around me. The beauty of writing lies in the mind’s eye – what we see, the way we interpret it and finally how we translate it to paper. HOW I VIEW MY CHARACTERS To me, every character is multi-dimensional. There is no mere black or white perspective to a character. If a person is strong, we have to delve into what contributed to making them that way? Similarly, what are the fears, likes and loves of a character. That is what makes each one of them unique. It makes them what they are. No character should be just a filler in a story. If a character is evil, why is he or she that way? If a male character is not the central focus of a story, if he is okay with the girl in his life taking center stage I don’t see him as weak. I think he is a great guy and the kind that any girl would be lucky to have in their lives. Looking for the prince who rescues you from the dragon or the lecherous villain should be passé. Real men may not have muscles but they have good hearts. I write about such princes, the guys who are also okay with the girl playing hero in their life, being rescued by them too. I love reading and writing about girls and women with flaws because all real women are that way. Not the most beautiful, not the bravest, not the thinnest nor the richest. They find strength in their family, in their love. My girls do not compete against men; only circumstances and the challenges they throw up. The men who support them, stand by them are the ones I like to read and write about. Through this blog I hope to share more about inspirational characters and the beauty and richness a book contains. MY INSPIRATION Is it possible to cherish and to love something all your life without really analyzing it or understanding why? ‘Stories’ fired my imagination since I was a child….it started with my father, who would spend thirty minutes each night weaving supernatural tales of troubled ghosts in a bid to awe, shock and above all bond with his daughters. He never realized and neither did I that he was also weaving those little quirks into my personality that later on in life would go ahead and set me apart. During class breaks in school, I would share the same tales with the class, now adding my own embellishments, peaks, and lows so as to hold their attention and leave them shouting for more. As my dad got busier and we got a little older the stories seemed to have trickled off but not before transferring that hook for the beginning, the narration, the mystery and the spectacular end. Books and Movies became my magical time machines capable of drawing, pulling, and holding me. Friends and colleagues would decide to read books or watch movies after I brought to life with words what I read or saw on screen. Even love came to me through books when the first time I met my husband we fell in love over a discussion on ‘To Kill a Mocking Bird’. One day I realized what I should have known all along – Stories; they lived in my soul. I had worlds to create, people waiting to be brought to life and stories to share. So I share what I love. View all posts by loganivy

Recent Posts: Books And Me Blog

A lot of Traditionally and Self-Published Authors prefer to focus on a single genre. Yet, there are some that prefer to expand into multiple. There are positives and negatives to writing single or multiple genres. Due to education, literary likes, and life experiences I prefer to dabble in multiple genres. A benefit to focusing on […]

FOLLOWERS AND UNFOLLOWERS  Everyone wants to be be a friendapalooza and add as many followers as quickly as possible . You might even do that by wading through the followers lists of your followers, friendscrapping we call that. I think it’s rude to follow someone to get them to follow you and then unfollow, immediately […]

The Meeting of Art and Words .. by Steven Moore

Newly released by Steven Moore https://www.amazon.com/Gnome-Legends-Froghaven-Blood-Tied-Stone/dp/1546556419/ Here on the Books And Me Blog, you’ve met many a writer. You’ve seen their stories, understood what inspired them to write. Today we bring you Steven Moore, a man who was born an artist at heart.  The genesis of his creativity began with art. It will always continue […]

More about Fantasy (from Sandra Yearman)

Author Sandra Yearman will appear on the Books and Me Blog in a two part series. In her  first blog she tackles an unusual subject ‘Why Real Life Inspires her Fantasy Writing’… This is a short but amazing blog from Sandra, which I really enjoyed reading and moreover completely  identified with.  I  have just begun […]